It can sometimes be a struggle on what you should do with your old games. Do you go the route of selling online or heading to an actual store to sell your game? Like with many options and quests in game the rewards for doing either are varied. As such let’s go and have a look at some of the advantages of each method. 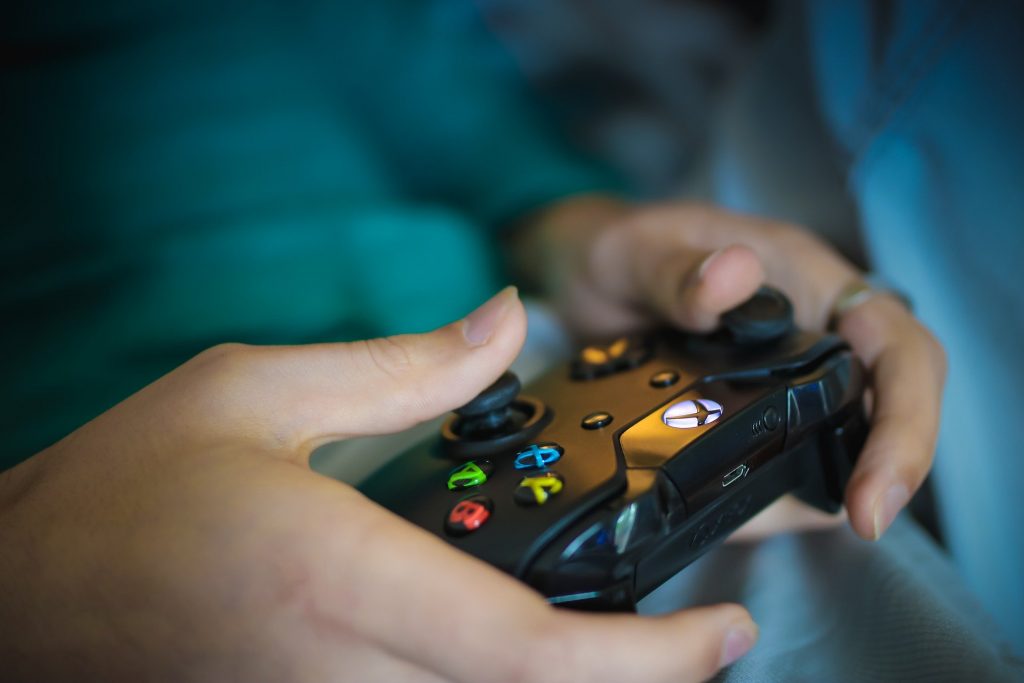 Ahhh selling online it means that you might not have to even leave your house but it comes with it’s own dangers as well as those advantages.

Come on who hasn’t used eBay either to buy or sell something?

To sell games on eBay is incredibly easy. Take some photos, write a description, chose a starting price, pick between a buy it now or auction and away you go.

As such then it is a really great idea to sell on £1 listing fee weekends. During these weekends when you accept the offer and load your items, then no matter what price the item sells for then the item will only cost you £1 in fees, and postage if you gave free postage.

I have turned to eBay to sell my video games on many occasions, such as when I realized owning around 100 physical copies of games (some of which on old consoles I hadn’t even played in years) wasn’t a great thing to do. However I had some great classic games such as Fatal Frame (Project Zero) on the PS2 and Stubbs the Zombie Rebel without a Pulse on the Xbox.

Games tend to sell quite well in the runup to festive period, so they’re worth selling when you’re getting ready for Christmas.

Selling on Facebook has come forward in great leaps over the years.

It is simple to use. Take your photos, do a description, your price and location. Once you have set it live you can put it onto local selling groups as well to push the chances for a sale. You can get someone local to come pick it up and pay in cash. Sometimes you can get someone further away interested but if it involves postage then you will need to negotiate and use PayPal for protection. And whatever you do don’t use PayPal friends and family as it can be easy for them to reclaim that money. Losing 2.9% is better than losing it all and the game!

I have mainly used Facebook marketplace to sell unused computers and consoles. I haven’t actually used it to sell my games at all but I have seen it being a haven for game sales. Sometimes with people selling their games within the day.

These three companies deal in DVDs, CDs, games and books.

They will buy your items for set prices and once you have reached threshold amount can simply post it too them. All you have to do is to scan the barcodes, reach the threshold, set it up, print postage and post the items to them.

The price offered varies, sometimes greatly, between each company. This can be great to find which one will work best for you, though can mean extra work with all the scanning of items.

As the threshold amount can often be around £20 and depending on what you have and are trying to sell to them can make it hard to reach the threshold amount. This means you will most likely have to focus on a single company rather than just getting the best price.

It is often best to use them once you do not have many other options or a nearby CEX to shift the items to. Or just don’t want to have to go into the city centre with bags/boxes full for them to scan.

They will reject any items that are in bad condition, so very dirty, damaged cases or bad scratches on the disk.

Yes there are still plenty of physical stores out there, the digital age hasn’t gotten rid of them just yet.

CEX is a store that has based it’s whole model on selling and trading in items. Games, DVDs, CDs to phones and consoles.

Like many of these kinds of places, CEX offers you the chance to sell for cash or in-store credit. For more on doing a game trade in then check out Should I Sell my games or do a Game Trade In.

I have used CEX to get rid of many of my unwanted phones, CDs, DVDs and a handful of games over the years. I have often found the staff pleasant and easy to deal with and usually reasonable offers on most items. Other than a time a Christmas return wasn’t honored. There are a few games however I have discovered that they will not give the best price for, these are usually ones that have a cult like following.

It is often best to investigate online beforehand just to make sure you are getting the best deal. CEX is great in showing you what they will pay for a game and what they would sell it for on their site and store.

Good old Game. Have many gamers from the UK not ever been in Game?

Game can offer like many other places the option of selling for cash or doing a game trade in. You can also earn Game Reward points for this, though for more on this please check out Best loyalty cards for gamers to use.

Still you should make sure beforehand you will be getting the best deal online by checking out what Game will offer you to sell your games with them.

I personally haven’t bought or traded anything into Game for a very long time however, I will still check them out however from time to time.

There are tons of independent stores that you can sell or trade games into ranging from specialist stores to those that take in everything.

Now usually the stores that specialize in games will give you the best trade in prices, whilst those that do not might give you a flat rate.

Other places to sell games

My wife and I have both love visiting local carboot sales, yard sales and auctions, and you would be surprised what you can find. We also used to sell at them quite frequently.

Computer games are a common feature of all of them.

As long as you are matching or undercutting what the game can go for online or in store then you will get a sale. After all we nearly all have smartphones to check the prices on eBay and if you mention you have checked eBay prices then it can turn some buyers off. Also don’t be afraid to do a bundle or do a deal to make more people interested. It is surprising just how many people don’t know how to haggle or even refuse to. It also means that you can pair things together to minimise your clutter at home.

Now yard sales are a great way to shift any amount of items you want rid of in your home.

Most villages in my area will hold one every year and there will be a great amount to see and buy. Often with people wanting to sell games with a large amount of other varied items. Often the only thing you will have to pay for is a small fee to the organizer to be put on the buyer/seller map.

Like with car boot sales then as long as the price you are selling at will match or undercut what the game can sell for online or in store then you will most likely get a sale. And don’t forget to do deals to make more people interested.

Now you might think that these are only for antiques but you will be surprised about how much can actually be in auctions.

I have seen current edition Warhammer, classic computer games & consoles, and even computers up for sale in auctions.

Now with auctions it is like eBay you will have to give a percentage to the auction for selling your items. You also need to be aware that you might not get what you want for said items, even if you put a reserve on it. It will all depend on who is there and how much they want it.

It isn’t where I would want to sell my games but it can be great for some old ones you don’t know what to do with anymore as nowhere else wants them. It’s also good to look and see if you have other pieces of technology that you could sell.